The Arctic Ocean’s deep past provides clues to its imminent future
Author
Written by Liz Fuller-Wright, Office of Communications

With shrinking sea ice, more light reaches the surface of the Arctic Ocean. Some have predicted that this will lead to more plankton, which in turn would support fish and other animals. Not so fast, says a team of scientists led by Princeton University and the Max Planck Institute for Chemistry. They point to nitrogen, a vital nutrient. The researchers used fossilized plankton to study the history of sources and supply rates of nitrogen to the western and central open Arctic Ocean. Their work, detailed in a paper in the current issue of the journal Nature Geoscience, suggests that under a global warming regime, these open Arctic waters will experience more intense nitrogen limitation, likely preventing a rise in productivity. “Looking at the Arctic Ocean from space, it’s difficult to see water at all, as much of the Arctic Ocean is covered by a layer of sea ice,” said lead author Jesse Farmer, a postdoctoral research associate in the Department of Geosciences at Princeton University who is also a visiting postdoctoral fellow at the Max Planck Institute for Chemistry in Mainz, Germany. This sea ice naturally expands during winters and contracts during summers. In recent decades, however, global warming has caused a rapid decline in summer sea ice coverage, with summer ice cover now roughly half that of 1979. 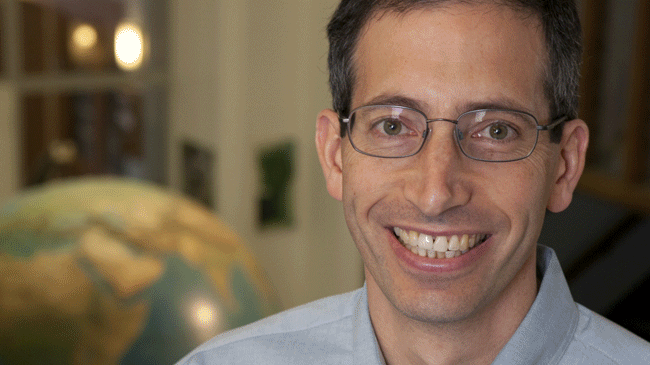 Did you know that Antarctica used to be ice-free and earth used to be 20 degrees warmer than it is now? Find out why climate change then wasn’t a problem, and why it is now with Princeton University’s Daniel Sigman. Also find out how climate change caused horses to grow from the size of large house cats to their size today. (Audio only) https://www.3takeaways.com/episodes/princeton-professor-daniel-sigman 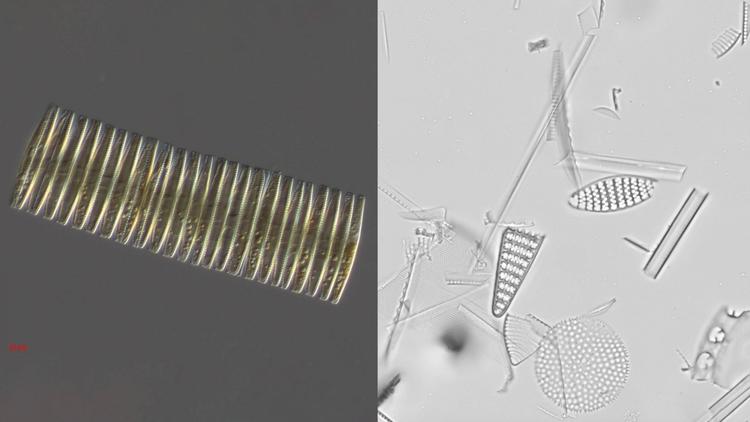 What caused the ice ages? Tiny ocean fossils offer key evidence
Author
Written by Liz Fuller-Wright, Office of Communications
Since the discovery that atmospheric carbon dioxide (CO2) concentrations were lower during past ice ages, the cause has been a mystery. "The cause of the ice ages is one of the great unsolved problems in the geosciences,” said Daniel Sigman, the Dusenbury Professor of Geological and Geophysical Sciences. “Explaining this dominant climate phenomenon will improve our ability to predict future climate change.” (Ai mention) 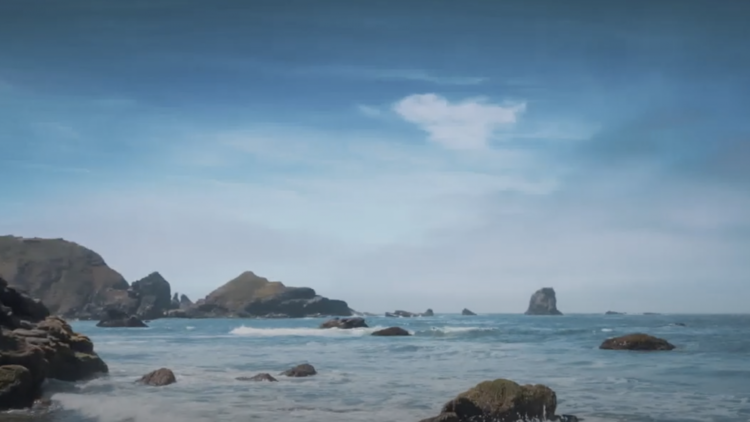 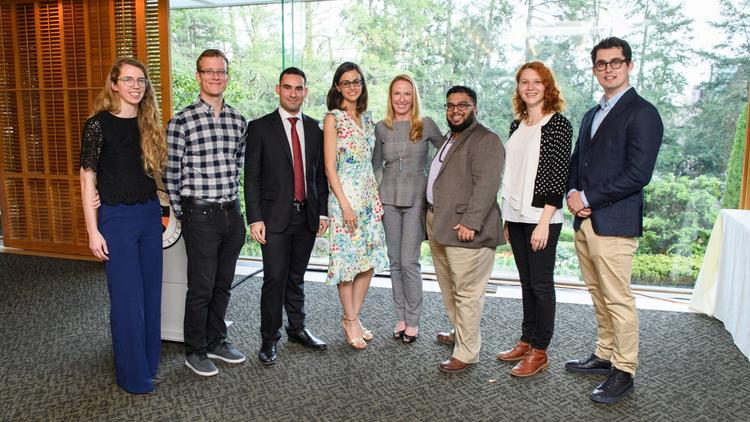 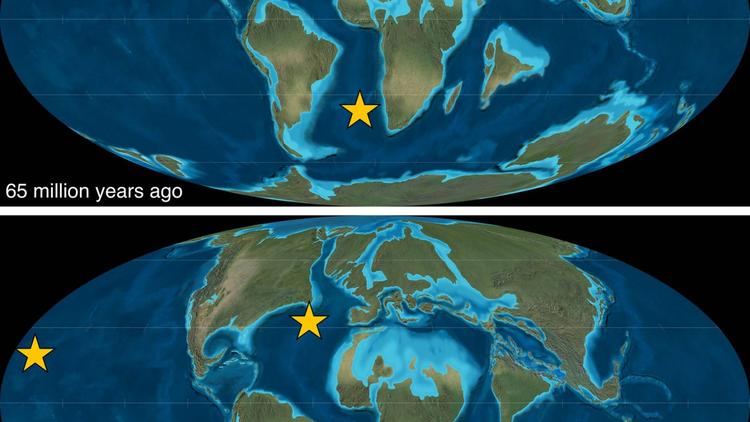 Princeton geoscientists find new fallout from ‘the collision that changed the world’
Author
Written by Liz Fuller-Wright, Office of Communications
When the landmass that is now the Indian subcontinent slammed into Asia about 50 million years ago, the collision changed the configuration of the continents, the landscape, global climate and more. Now a team of Princeton University scientists has identified one more effect: the oxygen in the world’s oceans increased, altering the conditions for life. (Kast mention) 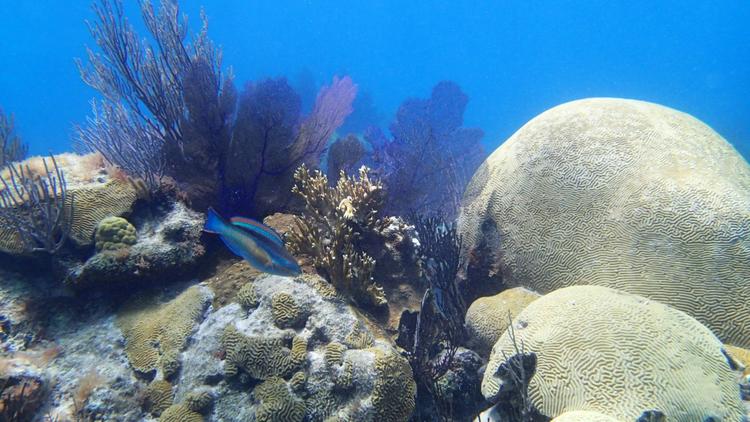 130-year-old brain coral reveals encouraging news for open ocean
Author
Written by Catherine Zandonella, Office of the Dean for Research
When nitrogen-based fertilizers flow into water bodies, the result can be deadly for marine life near shore, but what is the effect of nitrogen pollution far out in the open ocean? (Wang mention) 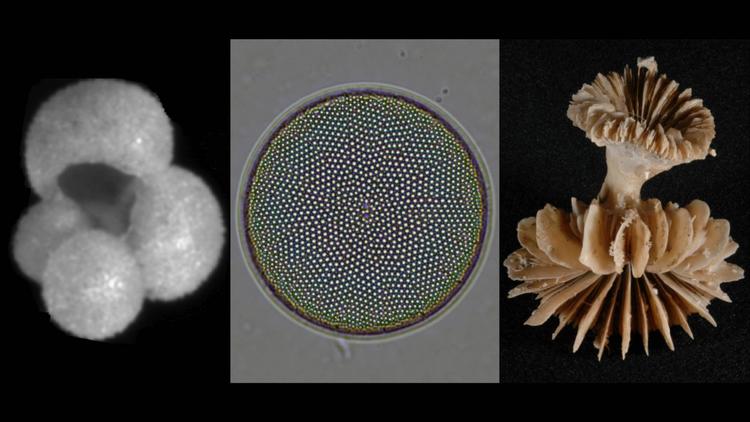 Carbon ‘leak’ may have warmed the planet for 11,000 years, encouraging human civilization
Author
Written by Liz Fuller-Wright, Office of Communications
The oceans are the planet’s most important depository for atmospheric carbon dioxide on time scales of decades to millenia. But the process of locking away greenhouse gas is weakened by activity of the Southern Ocean, so an increase in its activity could explain the mysterious warmth of the past 11,000 years, an international team of researchers reports. 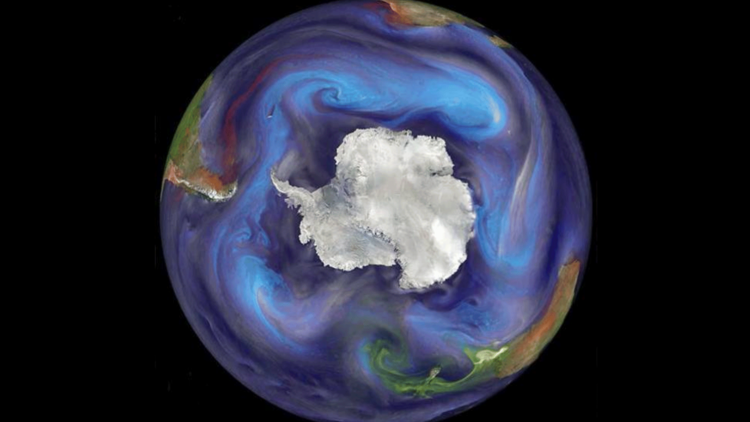 Prof. Daniel Sigman, co-author of the study "Iron Fertilization of the Sub-antarctic Ocean During the Last Ice Age" talks with Vancouver's CBC Radio One host Gregor Craigie on the scalability and viability of boosting salmon populations in coastal water off of British Columbia. (Audio only) 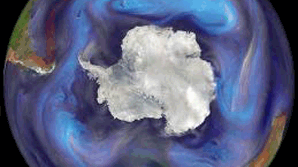 Dust in the wind drove iron fertilization during ice age
Author
Written by Catherine Zandonella, Office of the Dean for Research
Researchers from Princeton University and the Swiss Federal Institute of Techonology in Zurich have confirmed that during the last ice age iron fertilization caused plankton to thrive in a region of the Southern Ocean.